Role in the project: Leader of WP5, Task Leader

Description: The University of Salamanca was founded in 1218 and is one of the three oldest universities in Europe. It offers a wide range of studies to about 26.000 pre-graduate and 2.600 post-graduate students every year. The University of Salamanca is recognised as one of the most outstanding Spanish universities in both national and international rankings. The Institute of Neurosciences of Castile & Leon (INCYL) at the university, which is the official partner to the BrainTwin project, was created in 1998. It conducts scientific research on the normal nervous system and related disorders.

USAL has research centres and institutes specifically devoted to certain vanguard fields of knowledge. Some of the most important in relation to BrainTwin are:

INCYL was created with the philosophy of doing research, both basic and applied, on the nervous system and linked to major social challenges. INCYL works in a wide range of research projects using the most advanced methodology to understand the structure, organisation and functioning of the nervous system, mind, behaviour and ways of getting sick. Our laboratories are investigating diseases and treatments, in aspects such as sensory and neurological diseases and mental illnesses that are prevalent as Alzheimer’s disease, epilepsy, schizophrenia, pain, multiple sclerosis, Parkinson’s, etc. 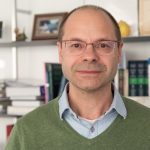 Prof. Enrique Saldaña (Professor and Researcher at the Institute for Neuroscience of Castille & Leon) saldana@usal.es 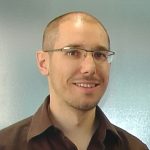